Hola Everybody,
Spring has sprung here in The Center of the Known Universe. Fuck wherever it is you live! LOL 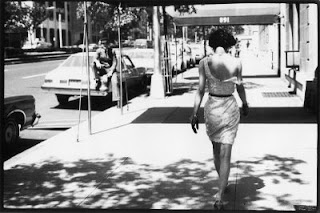 If I could
I would guarantee you
bright sunny days
and soft, dry breezes
for all your Summers.

If I could
I would give you
clear cold days
and clean snow
for the Winters you love.

And if I could
I would give you Autumn,
dressed to the teeth,
at that precious moment
when you most need change.

But if I want you
to remember me
as I will always remember you,
I will send you,
naked,
unadorned,
Spring.

Edward-Yemil Rosario ©
Posted by Eddie at 10:20 AM No comments:


Hola Everybody,
Today's blog art is by the great Salvador Dali. There’s anotherDali work that’s of importance here. Dalí once made a gift to the men’s jail in lieu of a personal appearance there. He was supposed to give an art class to the inmates in 1965 but canceled due to illness. He donated the then new gouache-ink-and-pencil sketch, specifically “For the dining room of the Prisoners Rikers Island,” as he inscribed it. And he sent some encouraging words for the men: “You are artists. Don’t think of your life as finished for you. With art, you have always to feel free.”

Itwas stolen by correction guards in 2003 and is believed to have been destroyed.
Here’s a photo of the work being presented to then commissioner Anne Kross (seems like she doesn’t  get it): 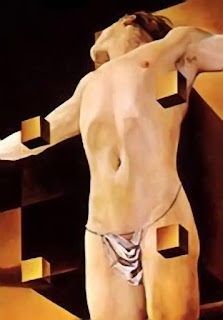 For a long time I refused to go to funerals. I simply wouldn’t go. On one level, I didn’t want to see my loved ones garishly made up lying in some casket. I have seen many, many people leave this existence. Most of the people I was raised with are dead or dying. I grew up in a violent world and quite a few were taken in the prime of their lives -- victims of violence, disease, or addiction. On another level, I didn’t want to come face-to-face with death. Especially death warmed over as I used to call funerals in mainstream US culture.

Then one day, I was shopping with a lover and she picked out a dress she loved so much she said, “This is the dress I want to be buried in!” We laughed about it. We, she, was young and beautiful, full of life. She was the Bonnie to my Clyde, committing crimes of life in that devil-may-care way only the foolish and young can justify. We didn’t last long together, less than two months, but we created so much drama in one another lives that we would become forever attached. Years later, after all had been done between us, she died in my presence.

People have a fucked up knack of dying around me.

When it came time to make preparations, her sister confided in me that she knew what dress to bury her in and when I saw it, it cut me deep because it was that very same dress we picked out that day so many years before. When I told her sister, she smiled because my former partner in crime had told her sister the same thing. I wasn’t planning on attending her funeral, but her sister insisted.

I am not a practicing Christian. I don’t accept Jesus, or anyone else, as my savior, nor do I believe in a literal translation of the Bible, Old or New. However, I do think that some of the teachings attributed to the person called Jesus of Nazareth are sublime. My personal belief, borne of personal experience, is that the core teachings of Jesus were corrupted for personal and political gain. Thomas Jefferson held similar views and he wrote a version of the Gospels, now known as the JeffersonianBible. In it, he excised the parts he felt were contradictory to the core message of hope and love of the Nazarene. And believe me, there’s lots of contradiction in the Gospels.

According to people who wrote the story hundreds of years after the fact, when Jesus finds Mary Magdalene crying at the door of the tomb, he says to her, “Woman, why are you weeping?” As I see it, Jesus wasn’t asking a rhetorical question. He wanted to know why we worry and sob and fret when hope is always present, if we could just tap into it.

For me, Easter is about liberation, and it’s especially meaningful for a person like me who sometimes feels chained to moodiness and negativity too much of the time. The celebration of the resurrection is a chance for us to acknowledge Jesus’ message of hope and in so doing, grab the hope that is already there.

Anyone else notice that of all the people he showed himself to, it was the women first? In fact, of all the women, it wasn’t his mother, but Mary Magdalene to whom Jesus appeared first. I don’t take Jesus’ resurrection literally, but there is a message there that resonates with my own life. Jesus’ life, like mine, was a redemption song. And like Jesus, it was the women in my life who tended to me -- tended to me through my own passage to a new life. Maybe this is saying something about the Feminine Principle and how far we have moved away from that healing force. For me, this was no accident of the Gospels. Jesus appeared to Mary Magdalene because she, more than any other disciple, believed in him. All those other bums, betrayed and denied him, didn’t they? LOL

When I cried at my ex-lover’s funeral, it seems as if I cried for all the loved ones I had never said good-bye to -- the one’s whose funerals I didn’t attend. It was as if all that loss I was holding on to came out like a river. It was at once one of the saddest and most liberating experiences in my life. I read somewhere the other day that the opposite of loss is finding. It’s a deceptively profound statement.

Grief is what we add on to loss. It is a learned behavior, specific only to some cultures. It is neither unavoidable nor universal. In some cultures, for example, you will never see someone cry at a cremation. Their cultural perspective on death is one of acceptance in a way foreign to Western theories of grief and loss.

My Buddhist practice has slowly transformed my view of grief -- has actually opened the door for me to see that there’s an alternative to grief. It’s not that grief is wrong, only that there’s another possibility. Loss of a loved one can be viewed in another way, a way that avoids the long days of aching, oftentimes crippling grief.

Over the years since my ex-lover’s death, I have attended many funerals and have had two others die in my arms. I sometimes cry at funerals but I understand death differently today. A teacher once explained it to me in simple terms. “Have you ever been to a concert and experience the shouts of ‘more!’ coming from the audience when it came time to end?” he asked. “Usually, the musicians will play one or two encores, but eventually they have to pack up their gear and leave. I’ve experienced this many times and when I’m going home, I usually reflect on how great the music was and how lucky I was to have been there. I never felt grief at the end of a concert.”

And that is exactly how I experience life and death today. I see it as if a magnificent concert had come to an end. I revel in the wonderful performance. I was there shouting loudly, “More!” when it came to end the performance. My loved ones struggled to stay alive a little longer, but eventually they had to let go -- they had to pack up their instruments and “go home.” Today, I choose to see instead what magnificent lives my friends and loved ones led. What powerful inspirations they were in my life. Their shining power of example. I reflect mostly how fortunate I was to have been in their lives to witness their glorious and beautiful power. Today, I walk away from funerals feeling a lot like I do after watching a great performance: exhilaration. I wouldn’t miss it for the world.

Grief is seeing only what has been taken away from you. The celebration of a life is recognizing all that we were blessed with, and expressing that gratitude. When I die (and we all will die sooner or later) I hope this is what people will feel for my own performance and that people will celebrate life and not just mourn my death.

Whatever your belief, this has to be part of the message of the resurrection, whether you understand it as literal or not. That the concerts of our lives continue reverberating and in that way create more life. That our lives are never ended, but live in our deeds and actions… and our memories.

My name is Eddie and I’m in recovery from civilization…
Posted by Eddie at 12:12 PM No comments: