Hola mi gente,
I still can’t get over so many so-called progressives and liberals living in safe states like New York, clamoring to vote for Hillary Clinton. It. Makes. No. God-damned. Sense.

Today, I offer a poem by Etheridge Knight, an African-American poet who came into prominence in 1968 with his debut volume, Poems from Prison. The book recalls in verse his eight-year-long sentence after his arrest for robbery in 1960. Most of his work focused on imprisonment as a form of contemporary enslavement and looked for ways in which one can be free despite incarceration. The man was a master. 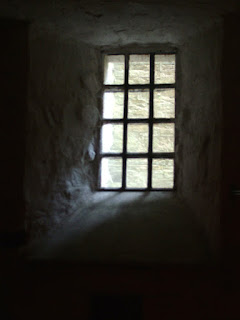 Night Music Slanted
Light strike the cave of sleep. I alone
tread the red circle
and twist the space with speech

Come now, etheridge, don't
be a savior; take your words and scrape
the sky, shake rain

on the desert, sprinkle
salt on the tail
of a girl,

can there anything
good come out of
prison.

-- Etheridge Knight
from Poems from Prison

My name is Eddie and I’m in recovery from civilization…
Posted by Eddie at 2:42 PM